Close ties between the Rothschilds and the Austrian Imperial Government involved Salomon von Rothschild in frequent trips to Vienna. When he was there, the stayed in the Römischer Kaiser on Renngasse, the most luxurious hotel in the city, and the building destined to become the Rothschild bank in Vienna.

The House of Rothschild first became involved with Austrian finance through the handling of English subsidy payments to her allies during and directly after the Napoleonic wars. In 1820 Prince Metternich, Austrian Minister for Foreign Affairs, entered into negotiations with the House of Rothschild for a large loan that was to take the form of a lottery. The complicated arrangements for this enormous loan demanded the presence of a Rothschild in Vienna and thus Salomon Mayer (1774-1855), who had been handling Rothschild affairs with Austria, moved to the city and established S M von Rothschild, a banking and investment entity that would be highly successful, playing an integral role in the development of the Austrian economy.

Prevented from buying property by Imperial restrictions on Jewish rights, Salomon, whose visits to Vienna were increasing in frequency, first rented a suite on a permanent basis at the Römischer Kaiser on the Renngasse, one of the most sumptuous hotels in Vienna, finally taking over the whole hotel. In 1843, Salomon was made a citizen of Vienna and thus became the only Jew entitled to purchase property. He bought the Römischer Kaiser, demolishing it, and completely rebuilding the hotel and creating more suitable business premises. Metternich’s wife found the hotel ‘pleasant and attractive’ when she dined there. She was much impressed, too, with the collection of antiques which he kept there.

The premises remained unchanged and descendants of Salomon continued to do business from there into the 20th century. S M von Rothschild remained in Vienna until the invasion of the Nazis in 1938.

The Viennese Bank on the Renngasse 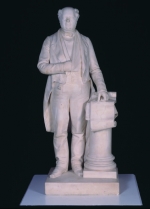