The Rothschild family's other interests are reflected in the growing collections of personal papers that the Archive has been fortunate enough to attract.

Members of the English Rothschild family have deposited significant tranches of documents with The Rothschild Archive concerning many aspects of the family's private lives, including letters, diaries, photographs, household and estate papers, papers concerning philanthropy, artefacts, artworks and books. Other family correspondence and estate papers survive in the collections of N M Rothschild & Sons.

The Archive holds two important deposits of papers 'The Lafite Papers' and 'The Moscow Papers' relating to the family in Austria and Frankfurt.

The Lafite Papers date from the late 19th century to the 1930s. This collection consists of papers of the French Rothschild family. The papers were formerly held in Bank vault of de Rothschild Frères, rue Laffitte, Paris, and then transferred to the Archive from the Château Lafite. The papers mainly relate to private finances, including a series of volumes of Accounts of French family members; also included are files concerning the family's properties, wills and charitable activities, handled by the French business on behalf of the family. The collection records the involvement of family members in areas such as the theatre, philanthropic organisations, the development of Jewish colonies in Palestine and the management of estates and art collections.

The Moscow Papers (637 series) comprise a collection of private papers, largely relating to the Austrian Rothschild family. These records were removed from family ownership during the Second World War and were eventually seized by the Soviet Red Army and placed in the Moscow State Archive, before being returned to the Rothschild family in 2001. These papers primarily relate to the Vienna banking house and Austrian family, but also contain early material relating to the Frankfurt business.

Large quantities of private and personal records are known to have been destroyed, and many of the Rothschilds requested that their personal papers and correspondence be destroyed upon their death. Papers concerning the routine affairs and management of many of the great Rothschild estates and houses have not survived in great quantities.

The Archive has created a Guide to its holdings. Go to The Guide to the collections of The Rothschild Archive ». 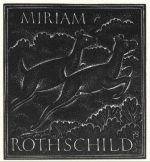 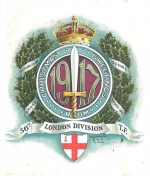