The Rothschilds were dedicated collectors, and they vied among themselves to develop the most spectacular collections. The great Rothschild houses were perfect settings for old master paintings, porcelain, silver and gold.

A passion for fine art and collecting

The Rothschild love of collecting may have developed in the streets of Frankfurt. There the five brothers would have seen the gold and silver antiques which their father Mayer Amschel traded. Just a generation later their children would be avid collectors themselves. James de Rothschild (1792-1868), the youngest son of Mayer Amschel was a discerning collector of art. In England, Nathan's son Lionel (1808-1879) collected silver and gold pieces. Ferdinand de Rothschild (1839-1898), built the magnificent mansion at Waddesdon to house his collections; his cousin Alfred, (1842-1918) displayed his exquisite collections at his London residence at 1, Seamore Place and his country estate at Halton. Mayer Carl von Rothschild (1820-1886) in Frankfurt amassed an important collection of gold and silver, and Alphonse von Rothschild (1878-1942), of the Viennese family established one of the finest collections of Renaissance gold and silver religious works ever assembled. These are just some examples of the many collections amassed by members of the Rothschild family.

Many of the great Rothschild collections were dispersed on the death of their owners and divided between subsequent generations. Other passed out of the Rothschild family by inheritance. Much was given to museums and galleries. In England, Ferdinand gave to the British Museum the Waddesdon Bequest, his spectacular collection of Renaissance treasures. In France, Edmond de Rothschild (1845-1934) gave his collection of prints and artworks to the Louvre. Other members of the family either created their own museums, or left instruction that museums be established after their death, such Alphonse von Rothschild, or Beatrice Ephrussi (née de Rothschild) (1864-1934) who created what became the Musée Ephrussi Rothschild at her villa at St Jean Cap Ferrat. Many collections were dispersed in the tumult of war-torn Europe, looted from Rothschild residences.

Provenance research using the collections of The Rothschild Archive London

Further secondary sources may be also of interest, such as the recently published catalogue of Rothschild collections donated to the French state, Les Rothschild: une dynastie de mecenes en Frances, Pauline Prevost Marcilhacy (Paris: Louvre Éditions, 2016), a copy of which is available in the Reading Room.

Provenance researchers may find the guidance published by The German Lost Art Foundation helpful. In September 2020, The Foundation published an English language version of the November 2019 'Leitfaden Provenienzforschung', with the title 'Provenance Research Manual to Identify Cultural Property Seized Due to Persecution during the National Socialist Era'. The manual ranges from chapters on philosophy (the historical, ethical and moral obligation to confront Nazi looting of cultural property and the crime perpetrated by Nazi rule in general) to practice, methodology and case studies. It provides details on the kinds of numbers, stamps, labels, ex libris, trademarks, hallmarks, autographs, dedications, engravings and insertions to be found in and on objects and their significance. It lists archival sources, in Germany and elsewhere, literature and other online resources, and genealogical data and resources. One chapter focuses on fair and just solutions, looking at the presumption of loss and burden of proof, the search for heirs and the deployment of the German Advisory Commission. An Annex lists useful databases and sources on art dealers. To download the Manual, click here. For the Annex, click here.

Although records of the Rothschild business up to the date of 1945 are generally accessible to researchers, access to personal family papers may be restricted. For further information collections held by the Archive, Go to The Guide to the collections of The Rothschild Archive »

Please note that the staff of the Archive cannot undertake detailed provenance research on behalf of enquirers. Most of our collections are stored off-site, so registered researchers requesting an appointment with us, must give us at least 48 hours’ notice so that we have time to retrieve items from our archive store. It is also only possible to request a limited amount of original material in any one research visit. 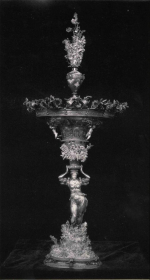