Rothschilds and the natural world

The Rothschilds were well known as bankers, art collectors and builders of great houses. What is less well known is their love of science and nature, and their contribution to science and discovery.

Walter Rothschild (1868-1937), was the eldest son of Nathaniel, 1st Lord Rothschild. Demonstrating his fascination for nature at an early age when he began collecting specimens of birds, butterflies and insects, he later studied zoology at Cambridge and was destined to become a natural historian rather than a banker. Walter became one of the most important and prolific collectors of zoological specimens of his age. He housed his collection, which included more than two million sets of butterflies, moths, 144 giant tortoises, 20,000 birds eggs, 30,000 bird skins and other rare and fabulous specimens ranging from starfish to giraffes, in a large building on the family estate, Tring Park, which became Tring Zoological Museum when it was opened to the public in 1892. The park contained Walter's live specimens too - it was home to fallow deer, kangaroos, emus and cassowaries, and Walter trained wild zebras to pull his carriage.

During his lifetime, Walter sponsored scientific expeditions and published scores of scientific papers. Numerous species were named after him. For a list of Walter’s scientific papers, please see The Rothschild Family microsite. In his will he left his museum and library to the British Museum of Natural History;it is now The Natural History Museum at Tring.

Walter’s younger brother Charles (1877-1923) shared his obsession with the nature and travelled extensively collecting specimens for the Museum. His real love was for insects and his wrote his first scientific paper, on moths and butterflies while still at school. He became the world’s first leading expert on fleas, assembling a collection of more than a million. His most important discovery was in 1901 during a visit to Egypt when he identified the rat flea responsible for bubonic plague – the Black Death that killed millions worldwide. In 1902 Charles went on a round the world voyage and visited Japan and met Yasushi Nawa, a well-known Japanese entomologist and his colleagues based in Gifu. For a list of Charles’ scientific papers, please Go to The Rothschild Family Microsite: Bibliography »

Charles Rothschild is regarded as the pioneer of nature conservation in Britain, establishing the UK’s first nature reserve in 1899 and founding the Society for Promotion of Nature Reserves in 1912. More information about The Rothschild Reserves Archive.

Charles’ son Victor (1910-1990), and daughter Miriam (1908-2005) inherited his scientific brilliance. Victor attended Trinity College Cambridge, where he worked in the Zoology Department before gaining a PhD in 1935. During the Second World War, Victor worked for the Intelligence Service, and earned the George Medal for his bomb disposal work. In the post-war years, he combined his academic interests with work for industry. For his work on fertilization, he gained a DSc in 1950 and became a Fellow of the Royal Society in 1953. In 1948, he chaired the Agricultural Research Council, and then in 1961 he began work for Shell Research Ltd., of which he was chairman from 1963 until his retirement in 1970. In 1981 he established Biotechnology Investments Limited.

Miriam Rothschild never had a formal education but by the time she died in 2006, she held eight doctorates from eight universities, including Oxford and Cambridge, and, with her brother Victor, she was a Fellow of the Royal Society. Her specialities were entomology and botany, which she studied at her estate at Ashton Wold, Northamptonshire. She was passionate about wild flowers and campaigned to restore many species that had died out through man’s over cultivation to gardens, parks and motorways. For a list of Victor and Miriam’s scientific papers, please please Go to The Rothschild Family Microsite: Bibliography »

Maurice Edmond Charles de Rothschild (1881-1957) was the second son of Edmond de Rothschild and was born at Boulogne-sur-Seine on 19 May 1881. He followed his father into membership of the Academy of Fine Arts, in recognition of his collecting tastes which he had honed during a short spell as a picture dealer. Together with Henri Neuville, Maurice organised a zoological expedition to Africa 1910-1911 and wrote scientific papers.

David de Rothschild (b.1978), the youngest son of Sir Evelyn de Rothschild is an adventurer, ecologist, and environmentalist. He heads Sculpt the Future Foundation, a charity that promotes positive environmental change towards global sustainability by supporting creative, innovative and sustainable action. In 2001 he bought a 1,100 acre organic farm in New Zealand, and was invited to take part in a Polar expedition. In 2006, he spent over 100 days crossing the Arctic from Russia to Canada, which saw him become one of only 42 people, and the youngest British person, to ever reach both geographical poles. His expeditions led to his founding the Adventure Ecology organization, to help inspire people to live more sustainably. In the late 2000s David began a mission to raise awareness of the Pacific Garbage Patch He invented a new form of sustainable ship boat a 60-foot (18 m) catamaran built from approximately 12,500 reclaimed plastic bottles and a unique recyclable technology called Seretex, called the Plastiki. In March 2010, The Plastiki and its crew sailed over 8,000 nautical miles across the Pacific Ocean from San Francisco to Sydney. 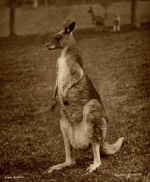