Walter Rothschild and the Balfour Declaration

Lionel Walter Rothschild was the 'Lord Rothschild' to whom Balfour addressed his 1917 proposal regarding the establishment of a Jewish state.

On November 2, 1917, the British Government expressed its sympathy with Jewish Zionist aspirations and announced that it would use its “best endeavours” to facilitate “the establishment in Palestine of a national home for the Jewish people”. The announcement came in a letter from Foreign Secretary Arthur Balfour to Lionel Walter, 2nd Lord Rothschild (1868-1937), the unofficial leader of the British Jewish community. The Balfour agreement became the diplomatic foundation stone of the state of Israel. The origins of the letter had begun in the early twentieth century, when Chaim Weizmann, the leading spokesman for Zionism in Britain began to solicit support among the British people, shortly after he settled in Manchester in 1904.

Origins in The First World War

Beginning in 1916, the British hoped that in exchange for their support of Zionism, “the Jews” would help to finance the growing expenses of the First World War, which was becoming increasingly burdensome. More importantly, policy-makers in the Foreign Office believed that Jews could be prevailed upon to persuade the United States to join the War. At this time, there were very strong pro-Zionist feelings by many of the political elite and establishment. Many of Britain’s leaders, including Prime Minister David Lloyd George, and Balfour himself, felt for the Jews and their history. These men were deeply religious Christian Zionists. They had grown up on the Bible; the Holy Land was their spiritual home. They believed that modern Zionism would fulfil a divine promise, and re-settle the Jews in the land of their ancient fathers.

The text of the letter

The Balfour Declaration used deliberately vague language. The term “national home” was chosen in order to minimize the Zionist dream, to make Palestine a Jewish state. The Arabs, whose “civil and religious” (not national and political) rights were not to be prejudiced as the declaration put it, were referred to only as “existing non-Jewish communities”.

The Balfour Declaration was ultimately unsuccessful and many commentators place it among similar fruitless schemes. Surprisingly, the British by and large kept their word, and for at least two decades until the outbreak of the Second World War they allowed the Zionist movement to bring hundreds of thousands of Jewish immigrants into Palestine. These new arrivals set up hundreds of settlements, including several towns as well as the political, economic, military and cultural infrastructure of the future state of Israel. The Balfour Declaration was the opening chapter in a still unfinished story.

The original letter was presented to The British Library in 1924 by Lionel Walter, 2nd Lord Rothschild.

I have much pleasure in conveying to you, on behalf of His Majesty's Government, the following declaration of sympathy with Jewish Zionist aspirations which has been submitted to, and approved by, the Cabinet:

"His Majesty's Government view with favour the establishment in Palestine of a national home for the Jewish people, and will use their best endeavours to facilitate the achievement of this object, it being clearly understood that nothing shall be done which may prejudice the civil and religious rights of existing non-Jewish communities in Palestine, or the rights and political status enjoyed by Jews in any other country".

I should be grateful if you would bring this declaration to the knowledge of the Zionist
Federation. 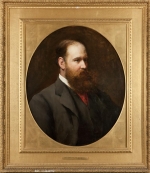