As recent events at home and abroad focus all our minds on the importance of good healthcare, we celebrate International Nurses Day with a treasure from the Archive that illustrates the Rothschild family’s long-held commitment to supporting the nursing profession, and those who dedicate their careers to society’s welfare.

The world has been reminded recently of the fundamental role nursing plays in patient care and recovery.  Every 12 May, International Nurses Day is celebrated around the world, the date being chosen because it is the anniversary of Florence Nightingale's birth.  For well over a century, the Rothschild family has lent its support to medical research and services through its donations to, and foundation of, hospitals, clinics and research facilities. Alfred de Rothschild (1842-1918) was known to host afternoon tea for the nurses of a London hospital at his country estate, Halton House, and regular donations can be seen in charity ledgers in the Archive from N M Rothschild & Sons to causes such as the Maternity Nursing Association, Victoria Jewish Nurses, and Queen Victoria’s Nurse Institution (later known as the Queen’s Institute for District Nursing).  Specialist medical research has often been an object of support, in particular from family members with medical qualifications themselves, such as Henri de Rothschild (1872-1947), who became a medical practitioner specialising in infant medicine and nutrition, publishing over 100 papers and making substantial practical contributions to the field. He experimented with the pasteurisation of milk and established a system of free distribution of milk for the those in need. During the First World War, while in charge of the military hospital at Soissons, he invented a portable burns unit for use in battle zones. In 1919 he became one of the founders of the Curie Foundation.

A recent deposit of Rothschild family papers with the Archive has allowed the archivists to further understand the lives of Anthony de Rothschild (1887-1961) and, in particular, his wife, Yvonne (née Cahen d'Anvers) (1899-1977).  Among the items was a small presentation case, containing a Queen’s Institute of District Nursing medal, awarded to Yvonne in recognition of her work during the Second World War.  It is silver gilt with enamel, hallmarked for London with date letter ’X’ for 1947, mounted on a silver bar, with ribbon. The medal bears a crowned enamelled 'MR' [Queen Mary] cypher on a  silver gilt oval, bearing the legend 'H.M. Queen Mary's Committee’ with a classical representation of mother and child to the centre. It has recently been put on display in the New Court vitrine on Level 9 for staff and visitors to see.

Yvonne Lydia Louise de Rothschild (1899-1977) was born on 26 August 1899, in Champs-sur-Marne, Île­-de-France, France.  Her family had business dealings with the French Rothschild bank, de Rothschild Frères since the 1850s.  She was the daughter of Colonel Robert Cahen d’Anvers of Paris, a military man who served in the First World War and Sonia Warschawsky of St Petersburg.  During the First World War, along with her mother and younger sister, Renée, Yvonne spent time in the English counties of Norfolk, Devon and Cornwall.  Yvonne and her sister both contributed to the war effort, working on local farms, and helping with the harvest.  Following the lead of her mother, who had trained with the Voluntary Aid Detachment, Yvonne worked in a convalescent home for soldiers in Torquay in 1918.

Throughout her life Yvonne loved riding and hunting and was an accomplished horsewoman. She was also very keen on motoring, owning several prestigious cars including a Rolls-Royce, Bugatti and Hispano-Suiza.  She was part of the great social scene of Europe and during a dinner party in February 1926 met Anthony de Rothschild, who with his brother Lionel (1882-1942) was running the business at New Court.  Anthony wasn’t completely unknown to the family having incidentally met Yvonne’s mother at a Voluntary Aid Detachment unit she was working at in Norfolk in 1915, when he visited it with his Bucks Hussars regiment.  The couple were married in England on 10 June 1926; once married, they spent time at their properties at 42, Hill Street, Berkeley Square, London, and from 1937, at Ascott, Buckinghamshire, and Palace House, Newmarket.

Both Anthony and Yvonne had a deep and eminently practical commitment to public service, particularly for their fellow Jews.  During the 1930s it was Yvonne who had first begun to realise the implications of the European political situation for Jews, and by the autumn of 1933, she had become president of a society 'to aid German Jewish women and children'.  In December 1933, Yvonne wrote to The Times as President of the Women’s Appeal Committee for German Jewish Women and Children.  In her letter she appealed to the readers for contributions to facilitate the safe emigration of 530 German Jewish children to England and Palestine. The Central British Fund for German Jewry was founded by Anthony and Yvonne, Leonard G. Montefiore and Otto Schiff and a group of Anglo-Jewish community leaders in the early months of 1933 for the purpose of assisting Jews in Germany. Lionel de Rothschild (1882-1942) was one of its Presidents, and Anthony was Chairman of its Appeals. Much of the committee’s work to assist the Jewish victims of racial and religious persecution and Jewish refugees, was co-ordinated through the bank’s offices at New Court.

On the home front, Anthony and Yvonne offered their house at Ascott for use to support the war effort. It became a safe haven for forty cases of valuable treasures evacuated from London museums and synagogues, and from 1941, Chelsea Pensioners and their nursing staff (who had been bombed out of the Royal Hospital Chelsea). The grand rooms of Ascott were completely transformed into hospital wards, a surgery, and nursing stores, and until 1946, Anthony and Yvonne lived in a cottage on the estate. Under the threat of a German invasion of England, Anthony and Yvonne made the difficult decision to send their children Renée, Evelyn and Anne to New York. They continued to busy themselves in the war effort; Anthony directed the business at New Court during the day and served in the ‘Home Guard’ in his district by night, whilst Yvonne worked in a nearby factory and was enrolled as a driver to take the ‘Home Guards’ to their different watching posts at night.

After the war, Yvonne de Rothschild continued to be an active member of the Buckinghamshire community; she was elected a Rural Councillor in 1946 and a Justice of the Peace in 1948.  She took her civil duties very seriously and only resigned from them in 1970.  Yvonne was closely involved with the building of workers' houses and cottages in the village of Wing.  She was President of both the Women's Institute and Women's British Legion for the region.  After her husband’s death, Yvonne continued to live at Ascott, in a cottage on the estate with her mother. She died there on 6 January 1977, aged 77.

The development of district nursing

The practice of  district nursing can trace its origins back to the 1850s, when William Rathbone and Elizabeth Malleson began to campaign for a district nursing scheme. In 1859, Rathbone, a Liverpool merchant and philanthropist, employed a nurse named Mary Robinson to care for his wife at home during her final illness. After his wife's death, Rathbone decided to employ Robinson to nurse people in their own homes who could not afford medical care. In Gloucestershire, Malleson was concerned to find that there was little by way of local nurse provision for pregnant women, and  she arranged for a trained nurse to be available to serve the people of her village. These efforts were the beginning of organised district nursing, and with the approval of Queen Victoria, the movement became a national voluntary organisation responsible for setting standards and training nurses. In 1887 'the women of England' raised a Jubilee Fund of £70,000 to mark Victoria's Golden Jubilee. The Queen announced that the money should be used for nursing, and Queen Victoria's Jubilee Institute for Nurses received a Royal Charter in 1889, establishing a tradition of royal patronage. From 1928 the Institute was known as The Queen's Institute of District Nursing, becoming The Queen’s Nursing Institute in 1973. 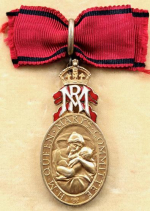 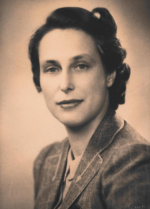