In 2019 the Evelina London Children’s Hospital celebrates its 150th anniversary. The hospital has been providing the highest standards of healthcare to children since its foundation by Baron Ferdinand de Rothschild in 1869, in memory of his late wife Evelina. Members of the Rothschild family continue to support innovation and excellence at ‘The Evelina’.

Evelina de Rothschild (1839-1866), known to the family as ‘Evy’, was born in London in August 1839, the daughter of Lionel (1808-1879) and Charlotte (1819-1884). She was popular with all her siblings, but especially close to her younger brother Leopold (1845-1917) with whom she shared a similar sense of humour. A frequent visitor to Paris (where her sister Leonora (1837-1911) had lived since her marriage to her French cousin Alphonse (1827-1905) in 1857), Evy revelled in the fashionable salons of her great uncle and aunt, James (1792-1868) and Betty (1805-1886), and it was probably at a family function that she first met her cousin Ferdinand (1839-1898). Ferdinand,  of the Austrian branch of the family, was born in Paris and educated in Vienna. His mother died when he was 19, and England, his mother's home country became his adopted home. Arriving in 1860, he lived near his relatives in London; Evy’s parents’ town house, 148 Piccadilly, in London’s smart Mayfair was the setting for many elegant social gatherings and Ferdinand mixed in the same social circles, counting the Prince of Wales among his friends.

Evy and Ferdinand were married on 7 July 1865, spending their honeymoon at his father’s grand Austrian estate at Schillersdorf.  After their marriage, Ferdinand purchased 143 Piccadilly as a town home. By all accounts their marriage was a happy one; the couple were similar in age and both enjoyed socialising and had a shared appreciation of the arts.

On 16 September 1865 Ferdinand wrote from Schillersdorf to his new father-in-law Lionel of his joy: “My dear Father-in-law, I have not had the courage of writing to you lately… I was almost afraid of appearing tedious with the account of my great happiness. My father seems pleased to have done for the present with the more or less agreeable affairs which necessitated his stay in Vienna…  I need not say that this happy improvement is owing to the ever charming presence of my dearest wife, who sheds joy and happiness and mirth wherever she goes, and not only succeeds in winning for herself the love and admiration of all those who meet her, but also fills them with a part of her own sweet and ever unchanging joyfulness. Schillersdorf is no longer the same.  The dull monotonous place, is now a cheerful and a lively one.  The neighbours come from near and far to greet the young and amiable hostess, and they leave spell-bound to sing her praises all around and increase her already growing popularity…Before concluding this lengthy scrawl, allow me, my dear Father-in-law, to… thank you again for the greatest act of kindness and confidence which I experienced from you this year, that of giving me the best and most excellent of wifes, [sic] and tell you that in every year to come I shall endeavour to prove myself worthy of this sacred and beloved charge.”

Evelina fell pregnant within months of her marriage.

On 28 August 1866, although suffering from her confinement, she wrote to her parents Charlotte and Lionel: “My dearly beloved Parents, I have to apologise for an untidy and uninteresting scrawl, which I despatched off yesterday, but it was written from my bed. Today, I am much better in fact quite right and comfortable again… The great excitement of the day, was the arrival of a huge chocolate cake from Paris – I suppose a slight parody on my size, it was drowned with a most elaborate edifice, a pink shield with “Vive Madame Ferdinand et son” the sentence was not ended but hidden in white sugar rocks was a stork, who had just deposited a huge baby, but it was so robed and so covered with long petticoats, that it was impossible to make out, if it was meant to represent a boy, or a “disappointment” (as Mrs Norton chooses to call little girls)…”

However the couple’s happiness was not to last. On 4 December 1866, Evelina tragically died in childbirth, her son stillborn. Ferdinand was devastated.

On 19 December, he wrote movingly to his brother-in-law Leopold: “My dear Leo, …henceforth my life can merely be wrought with sorrow and with anguish and with bitter longings, yet I fully appreciate your kindness in attempting to hold out to me the prospect of brighter times. Selfish as it is to be speaking of myself, yet you will forgive me for telling you how I feel that mine is a loss which years can not repair, nor any accidental circumstances relieve.  Ever since my childhood I was attached to her - the older I became, the more we met, the deeper I loved her, and in later years she had so grown with my heart that my only thoughts, my only wishes, cares, joys, affections, whatever sentiments in fact a man can possess were directly or indirectly wound up with her existence. I can find no consolation in the future; it may partly come from the past, in the recollection of those bygone days, when she lived, when she was with me, when we were so intensely happy.  The pleasures I am now looking forward to are the happiness of those to whom I am bound by the ties of affection... I shall always value your friendship, my dear Leo, and I trust that I may often have the opportunity of appreciating the great qualities of your mind and your heart, which your darling sister, now an angel above, never ceased praising and speaking of.”

A memorial to Evelina – a hospital born out of love

The death of Evy cast a long shadow over her family. Ferdinand’s sister, Alice (1847-1922) purchased 142, Piccadilly in 1866 so that she could be close to her widowed brother; a connecting door was made between the two properties. Ferdinand never remarried; between 1874-1881 he devoted himself to the building and furnishing of Waddesdon Manor, filling the house with fabulous artworks and objects.

Ferdinand was resolved to create a lasting memorial to his late wife. In 1869 he founded The Evelina Hospital for Sick Children in her honour. His generosity created a lifeline for some of the poorest and most vulnerable children in London. The hospital was established in a purpose-built building in Southwark Bridge Road, Southwark. The first building was modern, light and spacious with London’s first whooping cough ward, an outpatients wing and a cheerful playroom with toys.  Ferdinand, who served as President of the board of the Evelina from 1869 until his death, encouraged the whole family to support the hospital, writing to his mother-in-law from Waddesdon in 1883: “I have just received your most kind letter and very generous donation towards the fund of the Evelina Hospital for which I beg to render my personal thanks.  The hospital is doing remarkably well but like all hospitals the expenditure exceeds the income and your liberal contribution will go a long way to reduce its liabilities…”. The Evelina received royal patronage in 1901, and in the twentieth century, members of the family continued to support the hospital, serving as Treasurers and Trustees. The Evelina modernised, with electric lighting installed throughout and a new wing with an operating theatre and X-ray facility. The hospital survived two world wars. In 1952, the Baron Ferdinand de Rothschild ward was established for research into the care of premature infants.

The hospital became part of the National Health Service in 1948. In 1976 the original hospital building was closed, and the children's wards were moved to the newly built Guy's Tower. In 1999 a decision was made to re-establish Evelina Children's Hospital as a new specialist hospital for all children's services at Guy’s and St Thomas', in Lambeth, on the site of a former nurses' home. An architectural design competition was won by Hopkins Architects and engineers Buro Happold. Construction began in 2002, and the building was completed in 2004, one of the few hospitals in the world to be built not around the doctor's perspective, but around the patient's. Although a part of the NHS, the £60 million building cost of the new Evelina London Children's Hospital was largely paid for with private funds, with £50 million coming from the independent Guy's and St Thomas' Charity (the successor to the endowments of Baron Ferdinand de Rothschild, amongst others), and £10 million from NHS budgets and a major fundraising campaign by the Evelina London Children's Hospital Appeal. In 2018, the Duchess of Cambridge became the hospital's patron. Today the Rothschild family are proud to continue the tradition of support for ‘The Evelina’. 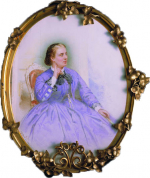 The Evelina Hospital for Sick Children