Business letters: The loss of the 'Titanic', April 1912

April 2015 marks 103 years since the RMS 'Titanic' foundered in an icy North Atlantic sea, with great loss of life.

The White Star Line passenger liner RMS 'Titanic' sank in the North Atlantic on her maiden voyage from Southampton to New York on 15 April 1912 after colliding with an iceberg. The largest ship afloat at the time she entered service, she carried 2,224 passengers and crew. More than 1,500 people perished in one of the worst peacetime maritime disasters in modern history.

In 1911, the Rothschild controlled firm, Alliance Assurance Company had refused to insure the 'Titanic', Nathaniel, 1st Lord Rothschild (1840-1915) claiming it was "too big to float".

The Sundry Private Correspondence series in the collections of The Rothschild Archive contain copies of letters sent from Nathaniel to his French cousins. These letters are an important source for an understanding of Rothschilds' business in the nineteenth century, and they make reference to world events of the day. On the 16th April 1912, Nathaniel wrote to his cousins of the impact of the Titanic tragedy, noting first the terrible events of that fateful night, the reaction to them and the effects on the markets.

We had the pleasure of receiving your kind letter my dear James and are much obliged to you for everything you say we wrote to you yesterday and gave you all the information which has been received up to that time about the Titanic. We were much horrified in finding in the morning’s papers that the supposed good news which has been received here was completely misleading and that this great vessel with a large number of human beings on board had foundered in the middle of the night.

A very sad story and one more proof if it was wanted how natural forces baffle human ingenuity. Everyone's sympathy and commiseration goes out to all those who have lost relatives, friends and supporters'. Untold admiration must go forth to the men who stood gallantly by the ship to the last and whom placed the women and children into the life boats. The extent of the loss which falls on the insurance world is at present unknown, but it must be something very large and I suppose as usual some of the companies will have to sell some of their securities. In the Stock Exchange the markets are not particularly brilliant at the present.

Improved New York prices and a better feeling here in the course of the afternoon but so many members of the Stock Exchange and so many business [sic] in the City have friends and relatives on board the Titanic that one can hardly expect very much business today. No doubt you read the speeches in the House of Commons last night, Arthur Balfour spoke in his very best form and so I believe did Lord Hugh Cecil...

...Pray excuse these few lines and with best remembrances I remain,

Launching in Spring 2015, with the help of a team of dedicated volunteers, The Rothschild Archive London will undertake a programme of work to transcibe over 9,000 of Lord Rothschild's business letters to his French cousins. 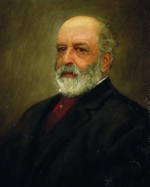