4: Charitable donations of the family

The Rothschild Archive contains some records of charitable donations made by Rothschild family members through the Bank at New Court. The Charity ledgers record the names of many of the diverse organisations who received donations between 1902 and 1916. Many of the donations were from Nathaniel Mayer, 1st Lord Rothschild, (1840-1915).

The donations cover a remarkable range of organisations across the country. Many are from organisations in London and the Vale of Aylesbury where the family had many residences; others are from overseas, including a few in South Africa. Many are from churches and sunday schools, representing a range of faiths. Interestingly many sports clubs are supported, including many cricket clubs - a growing popular sport at the time. Many donations are made to organisations representing railway and omnibus employees.

The ledger covering 1902 includes nearly 3,000 entries from 2 January to 31 December 1902 to individuals and organisations, many for the expenses for many of the events and excursions to celebrate the Coronation that took place that year. The total given in 1902 was £41,328.10.4, equivalent to over £4m today.

Just a few examples or organisations receiving donations include: 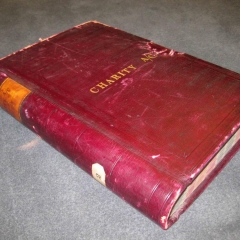