The Conservative Government came to power in the spring of 1979, with a manifesto commitment to seek greater private participation in what were then huge state-owned industries. The word 'privatisation' is believed to have been coined by David Howell, one of Margaret Thatcher's confidantes early in her premiership. The entire privatisation programme of successive governments developed out of this manifesto commitment. An early champion of the policy was Nigel Lawson, who served as Secretary of State for Energy before becoming Chancellor, and was in charge of the early privatisations that took place under the Department of Energy.

In 1986, the Government turned to Rothschild to undertake the huge task of selling British Gas. Rothschild had already acted for governments in this capacity, in 1971, advising on the sale of investments in the Industrial Reorganisation Corporation, in the mid-1970s advising the Labour Government on participation in the oil industry, and, in 1984 advising the first Conservative administration on the sale of the first tranche of British Telecom shares.

The intense promotional campaign in 1986 featured TV adverts in which characters urged each other to "Tell Sid" about the chance to buy shares at 'affordable' prices. This was a deliberate strategy aimed at encouraging individuals to become shareholders, expanding share ownership to create, in the words of Prime Minister Margraret Thatcher, a "share-owning democracy".

And who was Sid? Rothschild legend has it that 'Sid' – meant to represent the man on the street – was the name of one of the post-room clerks at New Court. The real Sid passed away in 2016. 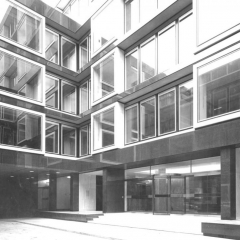