After the death of his brother Nathan in 1836, James took over the reins of the family firm and became the trusted adviser of ministers and kings. The Paris House continued to fund many loans to European governments, but the decline in public sector borrowing led James to concentrate on new lines of business. These included the financing of raw materials trading, railway construction and manufacturing industries. This diversification was continued when James’ sons, Alphonse (1827-1905), Gustave (1829-1911) and Edmond (1845-1934), became partners in the bank. The French House continued to fund and build railways, playing a major role in the development of the French and European rail network. However, of greatest significance was the French Rothschild's petroleum concession in Baku. This concession was so large that the Rothschilds quickly became the chief competitors of Rockefeller’s company, Standard Oil, before selling out their oil interests in 1912.

The French business after nationalisation

For a detailed history of the Paris house, and information about its archives, Go to The Guide to the collections of The Rothschild Archive » 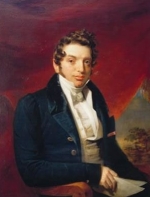 Offices of de Rothschild Frères in the rue Laffitte