'A banker by hobby but a gardener by profession', was how Lionel de Rothschild (1882-1942), creator of Exbury Gardens, once described himself. Having lived at Gunnersbury Park for many years, and witnessed the creation of his father's wonderful gardens there, he bought Exbury House in 1918 and set about creating the gardens and greenhouses in which his beloved rhododendrons were to thrive.

At Exbury, he set about designing the gardens that would become justifiably famous for their incredible display of rhododendrons and azaleas, many of them brought back to Britain by the plant explorers financed by Lionel. Lionel collected shrubs from all over the world and planted them at Exbury, regularly exchanging seeds and information with other horticulturists and sponsoring plant-hunters such as Frank Kingdon Ward and George Forrest. Lionel believed that the ‘real art of gardening is to make a plant that has come from distant lands not only look at home but feel at home.’

Exbury's massive greenhouses were devoted to Lionel's single-minded pursuit of excellence in hybridisation, whatever the genus, and a huge variety of flowers  - many prize winning - were grown here. During his lifetime, he won many awards for his plants.

The Rothschilds opened Exbury to the public in 1955 and, today, the gardens can be visited from February through to December. The Gardens continue to be looked after and developed with loving care by the current generation of Exbury Rothschilds, and Exbury remains today not only a significant name in horticultural history but a living and colourful tribute to a passion. 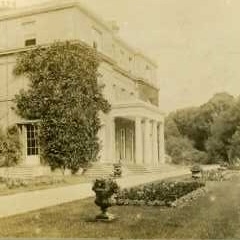