9: Testimonial from the Board of Guardians for the Relief of the Jewish Poor

The Board of Guardians for the Relief of the Jewish Poor was a charity established by the upper class Jewish community in the East End of London in 1859.

Establishment of the Board

The Board of Guardians was established because of the introduction of the 1834 Poor Law amendments by secular authorities. These laws applied a workhouse test to qualify for poor relief; the workhouse was unsuitable for the Jewish community because of their special religious constraints and requirements, and members of the Jewish community deemed existing methods of relief for the Jewish Poor in London as insufficient. The three main Ashkenazi synagogues of London (the Great Synagogue, Hambro' Synagogue, and the New Synagogue) voted in 1858 to establish a conjoint committee to tackle the issue of the Jewish poor. The headquarters were initially an extension on the Jewish Soup Kitchen, later moving to Middlesex Street. On its foundation the Board stated that: “the teachings of religion, the impulses of humanity and the doctrines of social sciences alike concur in recommending and consecrating an enlarged and expansive charity, and in distinguishing it from mere alms-giving."

Support from the Rothschild family

The members who founded the Board were financiers and businessmen, and the Board relied on donations from eminent Jewish families such as the Rothschilds to fund their charitable work. Among the first donations to the Board of Guardians were £50 from Julianna (Baroness Mayer de Rothschild) (1818-1874), £15 from Lionel de Rothschild (1808-1879), then Head of the Bank and £100 from N M Rothschild & Sons.

Provision of poor relief in London

The Board quickly became the central provider of relief for the Jewish poor in London, providing relief that would help others in the long term by focusing on educating and training the future generations to stop them becoming impoverished. The scope of people applying for relief from the Board included widows, children, orphans, asylum seekers and people seeking medical or financial aid. The living conditions of the Jewish community were of paramount importance for the Board; the conditions of the East End population were inadequate and central to the problem of poverty. Nathaniel, 1st Lord Rothschild had responded to this need in 1885, creating the Four Per Cent Industrial Dwellings Company Ltd.

The Board later became concerned with the poor from the Netherlands, Germany, and increasingly Eastern Europe. The work of the Board of Guardians diminished in the twentieth century, and after an amalgamation with other charities in the 1990s, the Jewish Board of Guardians became Jewish Care, an organization that still exists today. 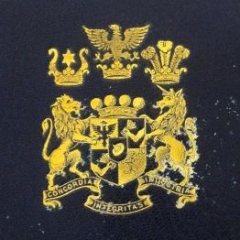