Nathan Mayer Rothschild (1777-1836) arrived in Britain in 1798. In 1799, he made his first home in Manchester, the centre of the English cotton trade, and set up a cloth wholesale business, part of his father's attempt to extend the family's trade in English printed textiles. Encouraged by his success, Nathan then moved to London to establish himself as a banker, establishing N M Rothschild at New Court, St Swithin's Lane in the the City in 1809. By 1811 he had wound up the Manchester wholesale business to concentrate on banking from his base at New Court.

Temporary access to funds, invested by the Rothschild House in Frankfurt for William IX of Hesse-Cassel, greatly increased the scope of Nathan's London operations. These were based upon profitable speculation in British and foreign securities, and prominent dealing in foreign exchange and bullion. By 1814, Nathan was placed uniquely to fulfil the prestigious British Government contract to purchase and transport gold coin to finance Wellington's army on the Continent. After the latter’s victory at Waterloo, the London House won a further contract to handle English subsidy payments to the European allies. The position of Nathan Rothschild as the leading City merchant banker was consolidated in 1826, when the firm stepped in, with an instant injection of gold, to save the Bank of England.

With Nathan’s death in July 1836, the City of London lost a financier whose name had become legendary in his own lifetime. However, N M Rothschild & Sons would continue to prosper and grow at the centre of the London financial world. The business specialised in foreign loan issues, bullion trading and the finance of public utility companies, notably foreign railways, while maintaining in the first half of the nineteenth century a certain volume of merchant trade in commodities such as quicksilver, tobacco, sugar and cotton. The firm operated through a worldwide network of agents, among them August Belmont (New York, est. 1837), Weisweiller & Bauer (Madrid, est. 1835), Lionel Davidson (Valparaiso, est. 1843), and S Bleichröder (Berlin, documented from 1850). The firm acquired the lease of the Royal Mint Refinery in 1852, refining bullion until the sale of the business in 1967. In the late nineteenth century N M Rothschild and Sons specialised in the finance of mining companies, notably De Beers, through the Exploration Company of which the bank was a founder, and also acted as bankers to the governments of Brazil, Chile and Egypt. 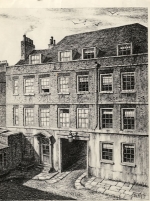 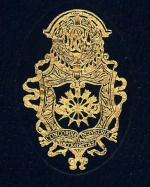