Coffee was the major product of Brazil, but the quadrupling of production in São Paulo state between 1870 and 1900, stimulated in large part by the growth of the railways, was the beginning of decades of problems with excessive supply. Up until 1930 federal and state governments responded to oversupply by attempting to support the price of coffee through stockpiling.

The bank was sceptical of such 'valorisation' schemes, but on the telegraphed advice in 1922 of Henry Lynch, their agent in Brazil, eventually felt they had to become involved lest they lose business to other firms:

"As you have not favoured policy up to the present I venture to suggest continue your policy pending result elections but if Brazilian Federal Government present or future determined sustain policy in my opinion against your interest to decline for we cannot help thinking others will make capital of financial agents not supporting government when money market permit others to do so."

As a result the bank participated in the 1922 loan to Brazil intended to help finance the stock-piling of coffee. With a £9,000,000 loan secured on 3,000,000 sacks of coffee, the government had to protect this economically vital commodity.  In 1924, as agents for the Brazilian government, Rothschilds sought out insurance for the coffee, gathering information about fire protection in the warehouses across the state of São Paulo. 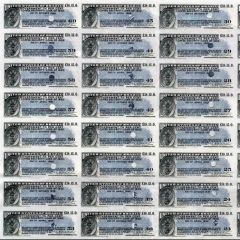 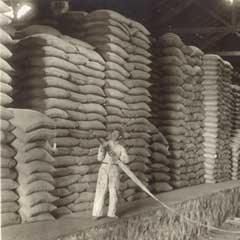 Fire protection at a coffee warehouse