Throughout the 19th century, the primary and best known area of business of N M Rothschild & Sons was the issuing of bonds as a means of raising loans, largely for sovereign governments. The finance secured by the Rothschild bonds was one of the essential building blocks of the modern world. Capital raised by the bonds was put to many uses, form supporting newly independent nation states, to the provision of infrastructure for global economic development. Examples of bonds issued by the Rothschild banks are still privately held.

The issuing of bonds

Once negotiations with the Rothschild partners and senior managers and the ministers and officials of a country seeking to raise money were complete, a prospectus would be printed, and these, together with application forms would be sent out to firms and individuals who had responded to advertisements for the bond issue placed in the newspapers.

'Scrip', or subscription receipts, would be sent out on receipt of deposit payments; the bond itself only when all instalments had been paid. The bonds themselves were often beautiful examples of iconography and engraving.

Each bond was printed with a sheet of coupons and every six months the bondholder would cut out the next coupon and present it to the Bank or paying agent in exchange for the designated dividend payment. The coupon number would be recorded in a ledger, the coupon cancelled, and counted into bundles. The method of processing the payments was so labour intensive that by the interwar years over half of the bank's staff were involved in this work.

Most bonds issued before the Second World War have been fully paid out many years ago. Such bonds as exist are usually found without the coupons attached, these having been redeemed. Complete, or partially redeemed bonds of this age are usually never worth more than the face value. Very few bonds with Rothschild as the paying agent are still valid; these are for a very limited number of Brazilian bond issues.

As a collector's item, old bonds may have a value as a collector's piece, (in the way that old stamps, bank notes and cheques may have) rather than as a bond. Old redeemed and cancelled bonds, as well as other bond and loan documentation (such as scrip, receipts, prospectuses, share certificates and application forms) are of interest to collectors.

Scripophily is the study and collection of stock and bond certificates. The British Banking History Society and The International Bond and Share Society may be of interest to collectors. The Rothschild Archive London has no affiliation with these Societies. The Rothschild Archive cannot give valuations of old bonds, and does not purchase old bonds from private individuals. 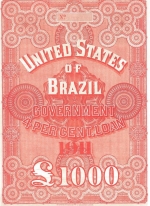 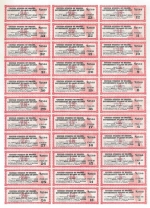