Wherever you are in the world, it would seem, you’re never far from a ‘rothschildi’.

Rothschildi round the world

At first glance, species such as the Magnificent Frigate Bird and the Broad-striped Marsupial Mouse would appear unconnected. But they do share a common element through their technical (taxonomic) Latin names. They are both examples of ‘rothschildi’. They are not alone.

Responsible for much of this outbreak of ‘rothschildi’ across the animal kingdom was (Lionel) Walter, 2nd Lord Rothschild (1868-1937). As a child he surrounded himself with exotic animals. The gardens of the family home at Tring in Hertfordshire were populated by giant tortoises, lizards and wandering cassowaries. For a coming-of-age present, Walter was given by his father the answer to a long-held dream: a Museum in the back garden, where for nearly fifty years, he gathered together specimens of as many of the world’s species as he could find. This was more than a hobby; Walter was a serious researcher. Assisted by his two colleagues in the Museum, Ernst Hartert and Karl Jordan, Walter studied his collection minutely, publishing 42 volumes of a highly respected journal, Novitates Zoologicae, and between them describing, in some 1,200 scientific papers, some 5,000 hitherto unidentified species. It was for this great contribution to the study of natural history that Walter was so many times honoured by the application of the name Rothschild to identify particular sub-species newly discovered by the scientific world. Miriam Rothschild (1908-2005), Walter’s niece, identified well over 250 such names, including 58 birds, 153 insects, three spiders and a millipede.

In France, in 1904-1905 Maurice de Rothschild (1881-1957), explored Ethiopia and East Africa, leading to the publication of a detailed atlas and listing of the spiders and insects of the region and his scientific papers included detailed works on the sub-species of giraffes and okapis.  Many of the world’s ‘rothschildi’ are of Maurice’s making. 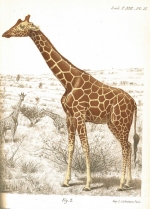 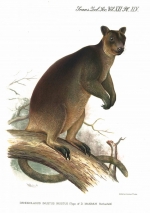